How to play this Slot Online SABATON ?​

Get ready to rock the reels in the latest Play’n GO slot, Sabaton!

Created in partnership with the legendary Swedish power metal band Sabaton and featuring their hit music the game is an energetic frenzy of excitement!

With artwork based on, and inspired by, the band and their unique sound; match 3, 4 or 5 symbols across the 10 paylines to grab yourself a win. The game’s Wild, lead singer Joakim Brodén can substitute for any symbol, except the Scatter, to help create awesome winning combinations!

The band’s logo is the Scatter symbol, and if you land 9 Scatters on the reels, you’ll trigger the blistering Battalion Spins bonus feature.

Once triggered, you’ll be given 7 free spins, and one of the game’s symbols will be selected to be the stacked symbol during the feature.

Reels 2-4 are always linked during Battalion Spins, and any HP or Wild Symbols will appear as mighty Mega Symbols on these reels!

The scatter can also appear as a Mega Symbol and, as well as landing 9 Scatters on the reel again, will re-trigger another 7 free spins.

One symbol will also be chosen each spin to appear stacked on the reels for even more metal mayhem!

If you do not get enough Scatters to trigger the Battalion Spins feature (between 3 and 8), the Mystery Symbol Feature will kick in and convert the Scatters into a random symbol, giving you the chance to get more combos on the paylines.

There are also a couple of other features to keep you rocking:

On each spin in the base game, one game symbol (excluding the Scatter) is randomly chosen, to have a stack on the reel strip.

2 or 3 adjacent reels will become magically linked and will spin with the same reel strip.

These can appear on any two adjacent reels, and you’ve got the chance to trigger it with each new spin.

1 or 2 reels are chosen and become fully stacked with Wild symbols.

There is a chance for you to trigger this on every spin and it can also be triggered alongside Chained Reels for a great payout and during Battalion Spins!

Join us as we bring the house down with our latest rocking slot…Sabaton! 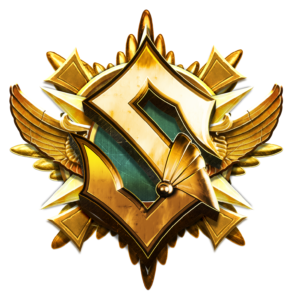 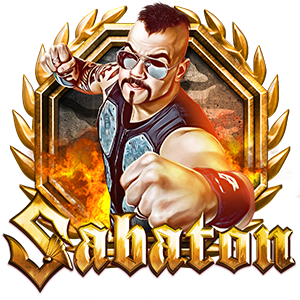 Find the game SABATON on this casino:​