It’s time to join the lords of thrash and rock on the reels in the latest Play’n GO slot game Testament!

Named after the band, Testament celebrates one of thrash metal’s most influential acts. Based upon their critically acclaimed 2012 album Dark Roots of Earth, and the Scatter symbol takes the form of the album cover image.

The HP symbols are all iconic images from the thrash metal scene; a skull, a vampire, a werewolf, a skeleton and a shield. The rest of the symbols are made up of Jack to Ace card values.

But that’s not all; the skull symbol has the devilishly delightful possibility of transforming itself into a Wild on any random game spin. Also, during special features, it will always transform into a Wild when it lands on the reels…awesome!

The Wild in this game is a thrash metal demon and will substitute for any in-game symbol (except the Scatter) to help you create winning combinations along the game’s payways; you have to match at least three symbols along a payway to pick up a win.

The game also has three amazing bonus features to rock the reels and help you to grab more cash! The features are Song Features, Rise Up Spins and the all-powerful Testament Spins!

Song Features can be triggered by landing 2 Scatters on the reel in a single spin. Once triggered, the player is awarded three free spins, and one of three features will take place:

Cold Embrace – Any Wilds that land on the reels will stick to the grid and remain there until your free spins are over
Dark Roots of Earth – Skull HP will spread up or down on the reel when they land.
Throne of Thorns – Grid will expand from 5×3 to 4-5-6-5-4 increasing payways by nearly ten times the standard amount, up to 2,400 payways!

Rise Up Spins is triggered when you land 3-5 Scatters on the reels in a single spin, landing 4 or 5 Scatters will award 4x or 20x your total bet payout, respectively. Once it’s triggered you’ll be awarded nine free spins, and the reels expand to 4-5-6-5-4, with nine spaces at the top of the grid blocked off with stone blockers.

Each time a Scatter lands on the reels, it will smash through a stone blocker, expanding the reel by one space.

If you smash all nine stone blockers during Rise Up Spins you will activate Testament Spins.

When you trigger Testament Spins you’ll instantly be given another three free spins to the player, in addition to the number of Rise Up Spins they have remaining. All remaining spins will combine all of the powers of the Song Features, meaning Wilds will become Sticky and will also spread.

Join the band and let’s rock! 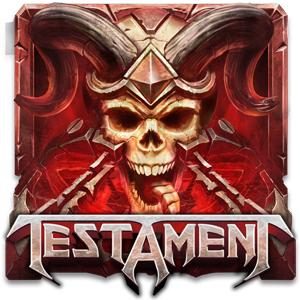 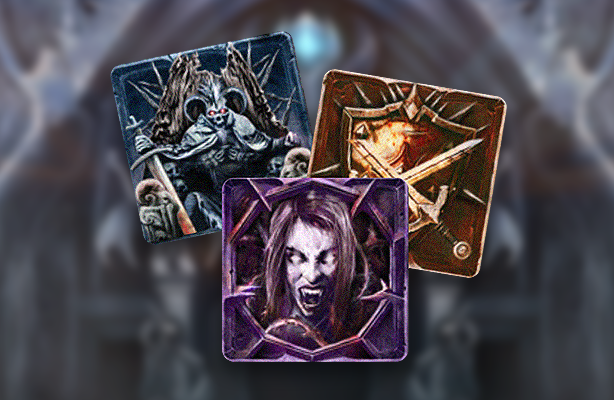 Play TESTAMENT in this casino :