Test this game on demo !

All payment symbols may appear stacked on the reels.

Precious stones of different colors engraved in royal cards – blue diamonds, green clovers, red hearts and purple spades, are at the bottom of the pay table.

They are supplemented by typical articles for miners – oil lamps, picks and shovels, helmets and pockets of miners with gold nuggets as well as a bearded miner.

The latter is the most valuable with 15x your bet for a single five of its kind.

A bundle of dynamite is the standard wildcard symbol while gold bars and diamond appear as additional wildcard characters in some features.

Hit five on a line to win 15 times your bet and they will replace all other payment symbols, except scatter.

You will need to collect dynamite jets.

Each landing will burn part of the fuse in the upper right corner to the dynamite harness.

You will need six jokers to unlock the first padlock and six more for each of the other three.

Each padlock will assign one of the four modifiers.

After 6 Wilds – Removal of symbols: a packet of dynamite will explode and remove all symbols of low value for the next rotation.

After 12 Wilds – Random Gold Bar Wilds: A random number of gold bars are placed on the reels during the next spin.

All padlocks will reset and lock again after the last of the four functions are triggered, ready to start the explosive tour again.

It should be noted that the second modifier will most often provide a winning combination while the others may end in a spin without a win.

Hit three spins of gold anywhere on the reels in one spin to trigger eight free spins.

All four dynamite features are in play during free spins. 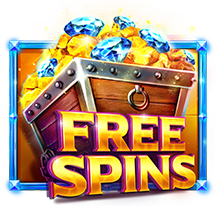 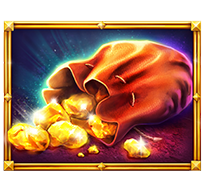 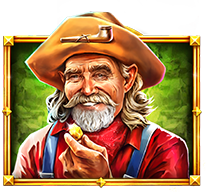 Play DYNAMITE RICHES on those casinos :