Annihilator is a 5-reel video slot machine with 10 fixed paylines.

A selection of hit songs from the band ‘Annihilator’ are available via the PLAYLIST.

The Wild symbol (Jeff Waters) substitutes for all symbols, except the Scatter and Bonus symbols.

The ‘In Command’ feature is randomly triggered in the base game.

If triggered, any Wild symbol that appears on the reels will expand to fully occupy the respective reel(s), substituting for all symbols except Scatter and Bonus.

If the spin yields no win and/or feature trigger, one re-spin is awarded.

Previously expanded Wild symbols remain in place, and the other available reels will spin to provide new symbols.

Additional re-spins are awarded until a winning combination and/or feature trigger is awarded. The feature is not active during Free Spins.

The ‘Fun Palace’ feature is activated with 3 Bonus symbols.

Pick doll symbols to reveal hidden prizes, until an end prize is selected. When finding cash prizes worth 1x, 2x, 3x and 5x the total bet, the win is collected, and you can select another doll.

When finding the Scatter symbol, the feature will end and the ‘Set the World on Fire’ feature is triggered immediately.

The ‘Set the World on Fire’ feature is activated with 3 Scatter symbols, or via the ‘Fun Palace’ feature.

An initial 8 Free Spins are awarded.

An Expanded Wild is always visible during the feature, substituting for all symbols except the Scatter symbol.

The Bonus symbol is not visible in Free Spins.

Before each Free Spin, the expanded Wild moves sideways (left or right) a random number of reels.

The movement will highlight symbols, by creating a trail of fire. The trail of fire can either be 1 or 3 symbols in height.

A Wild symbol landing on a highlighted symbol transforms the entire trail of fire into additional Wild symbols.

During Free Spins, each Scatter symbol awards 2 additional Free Spins – up to a maximum of 50 Free Spins. 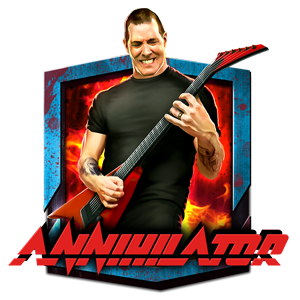 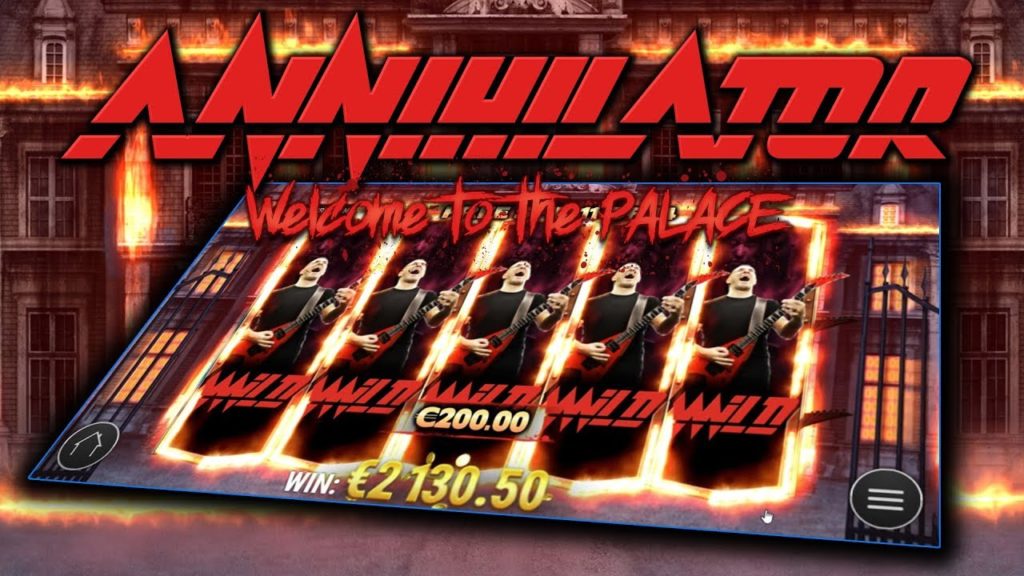 Play ANNIHILATOR on those casinos :